Why should I use databases?

Is it real or fake news? 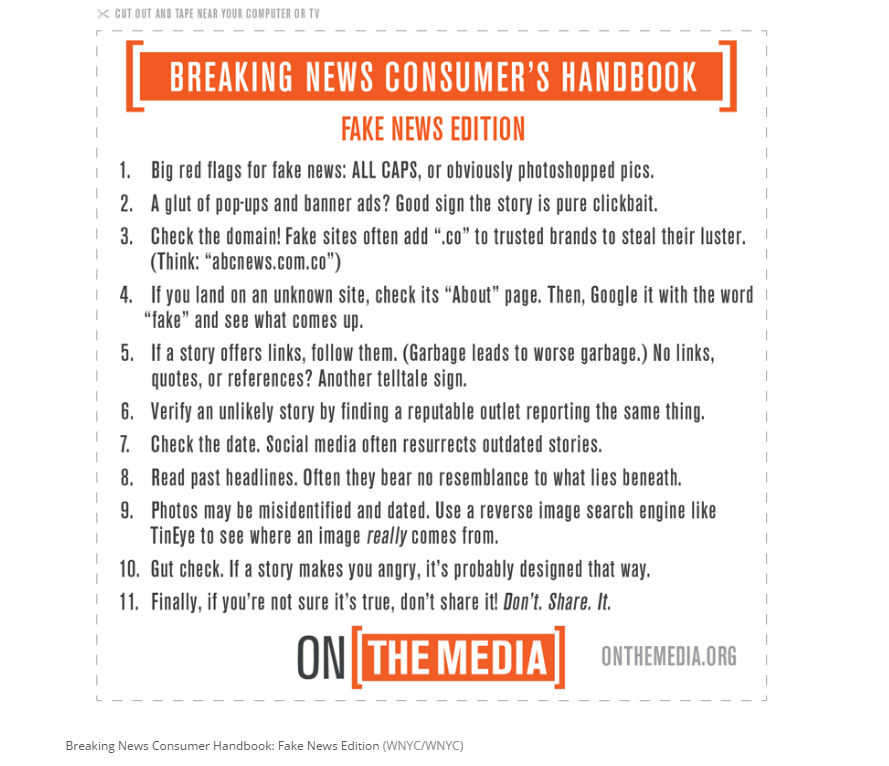 Scholarly and Popular Sources
Learn to identify popular and scholarly sources so you can save time and produce better work! 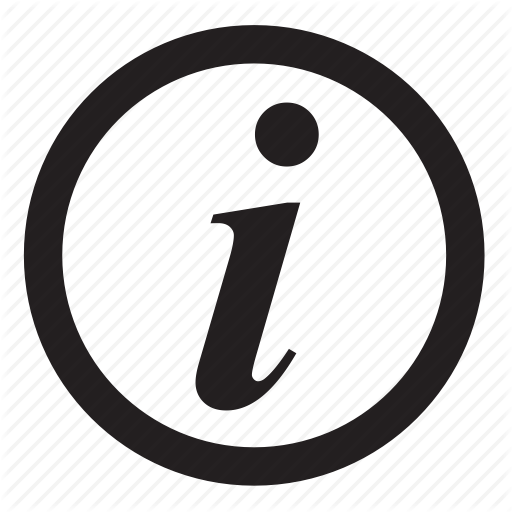 To find scholarly (or 'peer reviewed') articles, you should to use a database

What is the difference?

Periodicals are anything published periodically, and is generally interchangeable with Serials. Usually refers to print medium, although Serials can refer to a variety of mediums (such as tv programs) as well as print. Examples:

Magazines - commercial publications intended for a general, popular audience for the purpose of informing and entertaining. Journals - specialized, scholarly publications written by authorities in the field. They usually include bibliographies.

What is peer review?

Once an article is submitted to a peer-reviewed journal, the journal editors send that article to "peers" or scholars in the field to evaluate the article. These scholars review the methodology and conclusions of the article, looking for bias and other flaws. They may reject the article, in which case the author may have the opportunity to re-write it, or they can accept the article. In this case, the article then goes on to final editing and publication.

This helps you become a more efficient student, but also works when you're Googling or even in online shopping.

Finding information on the internet is easy, but anyone can publish anything on line. Know the different types of sources available to you!

You can feel fairly confident that articles in a library database and books you find in a library are reliable because someone (the database company or publisher) has fact-checked data used and arguments made before publishing them.

To evaluate websites, we recommend using the CRAAP test. The CRAAP test was developed by the Meriam Library at California State University at Chico. By utilizing the five criteria that make up the CRAAP test you can determine whether or not any source, from website to encyclopedia entry, is credible. 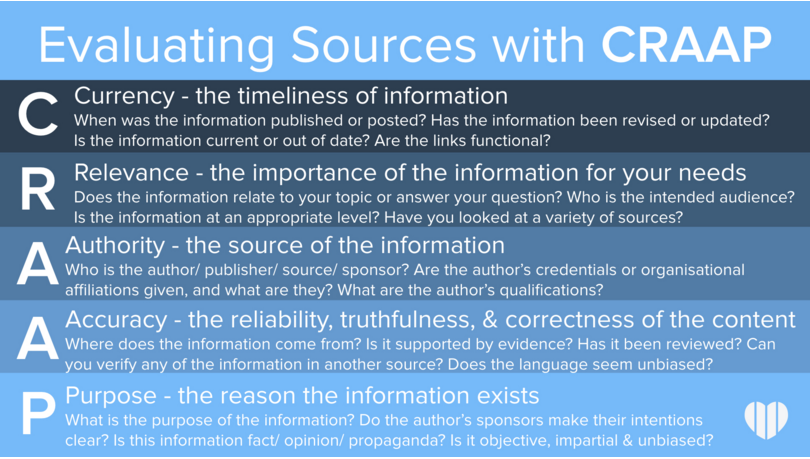 Whether conducting research in the social sciences, humanities (especially history), arts, or natural sciences, the ability to distinguish between primary and secondary source material is essential. Basically, this distinction illustrates the degree to which the author of a piece is removed from the actual event being described, informing the reader as to whether the author is reporting impressions first hand (or is first to record these immediately following an event), or conveying the experiences and opinions of others—that is, second hand.

These are contemporary accounts of an event, written by someone who experienced or witnessed the event in question. These original documents (i.e., they are not about another document or account) are often diaries, letters, memoirs, journals, speeches, manuscripts, interviews and other such unpublished works. They may also include published pieces such as newspaper or magazine articles (as long as they are written soon after the fact and not as historical accounts), photographs, audio or video recordings, research reports in the natural or social sciences, or original literary or theatrical works.

The function of these is to interpret primary sources, and so can be described as at least one step removed from the event or phenomenon under review. Secondary source materials, then, interpret, assign value to, conjecture upon, and draw conclusions about the events reported in primary sources. These are usually in the form of published works such as journal articles or books, but may include radio or television documentaries, or conference proceedings.

When evaluating primary or secondary sources, the following questions might be asked to help ascertain the nature and value of material being considered:

Ultimately, all source materials of whatever type must be assessed critically and even the most scrupulous and thorough work is viewed through the eyes of the writer/interpreter. This must be taken into account when one is attempting to arrive at the 'truth' of an event.

Google has no idea what your search words mean. It looks for web pages where those words appear.

Know what you're looking for and use related words or synonyms to get better search results.

Why? Read about how Google's search algorithm works here.